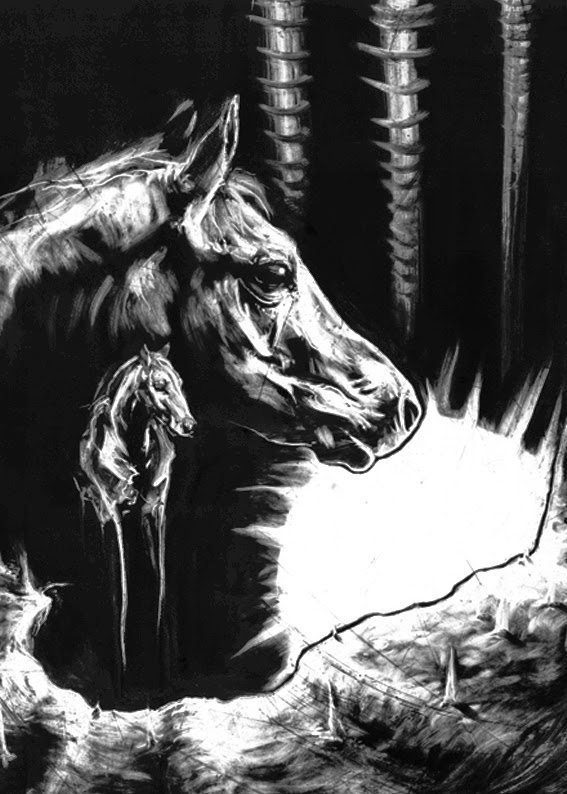 The cover for The Running Horses (RHP) has gone through a few changes during the book's development.

The original drawing can be seen above. It was completed as an A2 monoprint, a process most easily explained as reverse finger painting- instead of applying ink to a plate, you are removing it using variable media such as cotton buds and rags. The print was finished along with a series of illustrations for my second year BA Fine Arts portfolio for university. 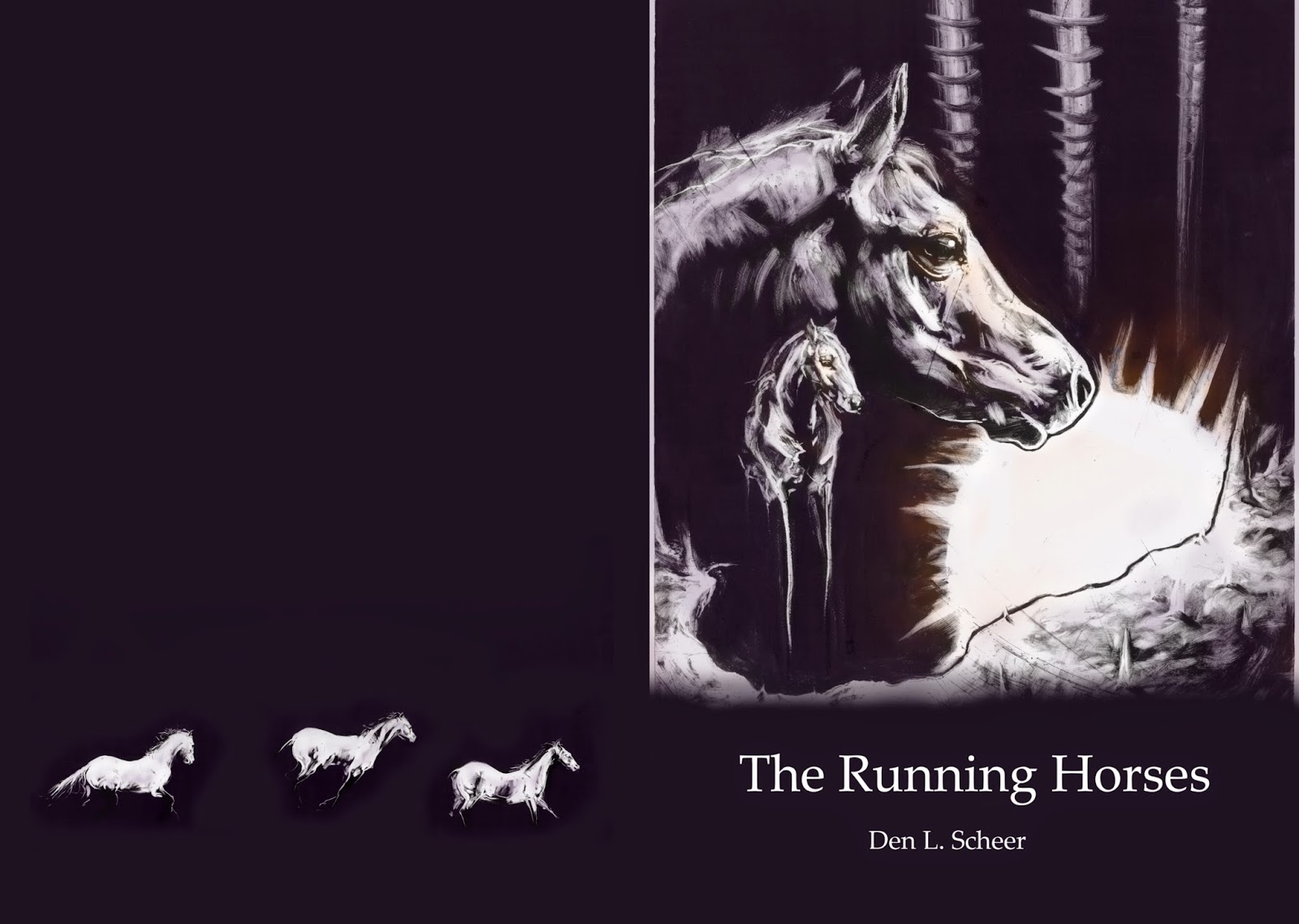 The first colour test with the cover used a simple palette overlay of purple and orange, before I removed the bottom part of the drawing and placed the title.  The three little horses on the back were added to balance the text. 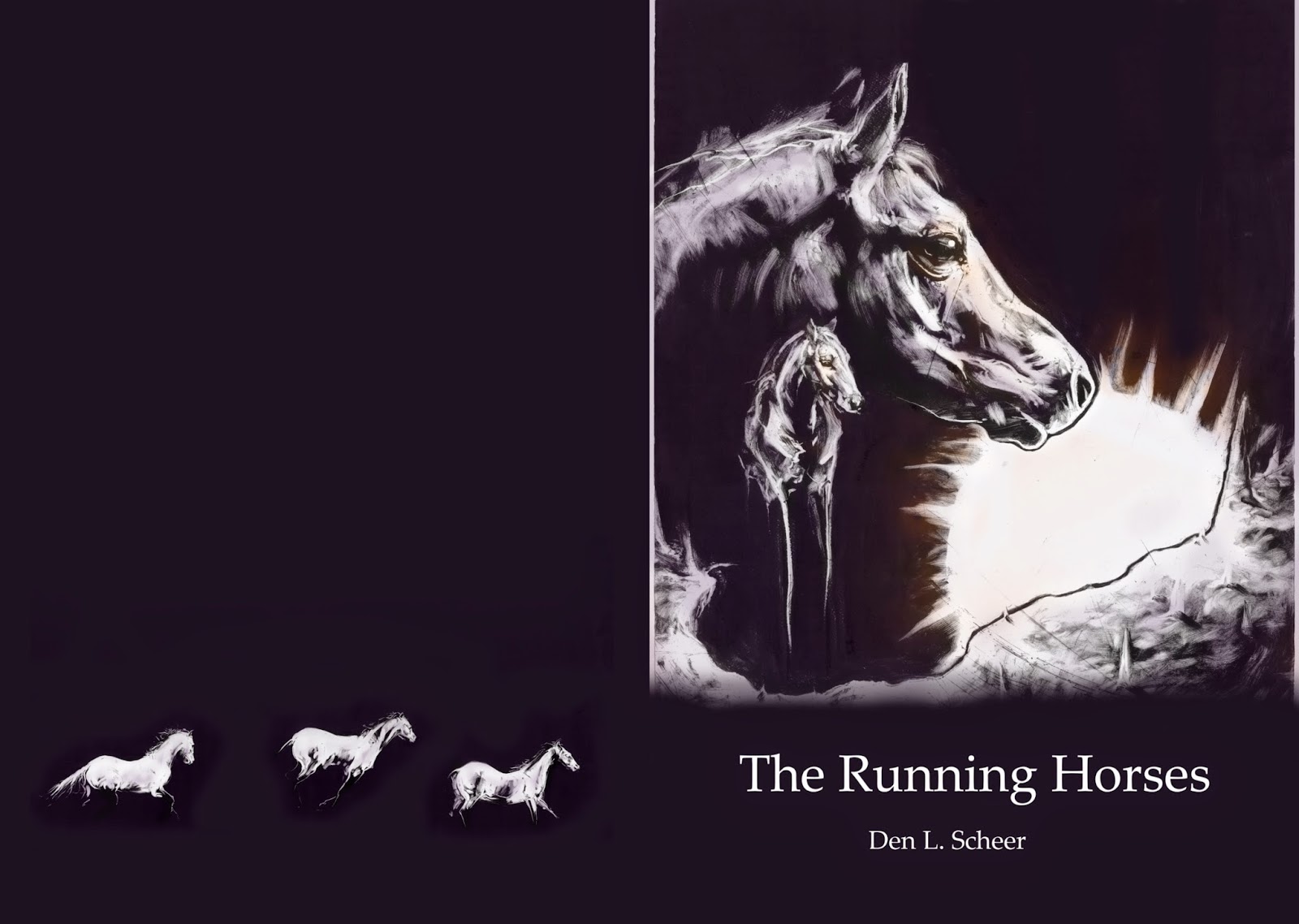 The second colour test began the process of stripping the foreground ledge away to make the cover appear less busy.  In consequence, the bottom of the cover looks a little off.  The foreground dip below the little horse with long legs is too close to the space for the title and the ledge to the left doesn't seem to unify with the rest of the page anymore. In the end, I felt that the cover looked the best if there was no foreground at all. 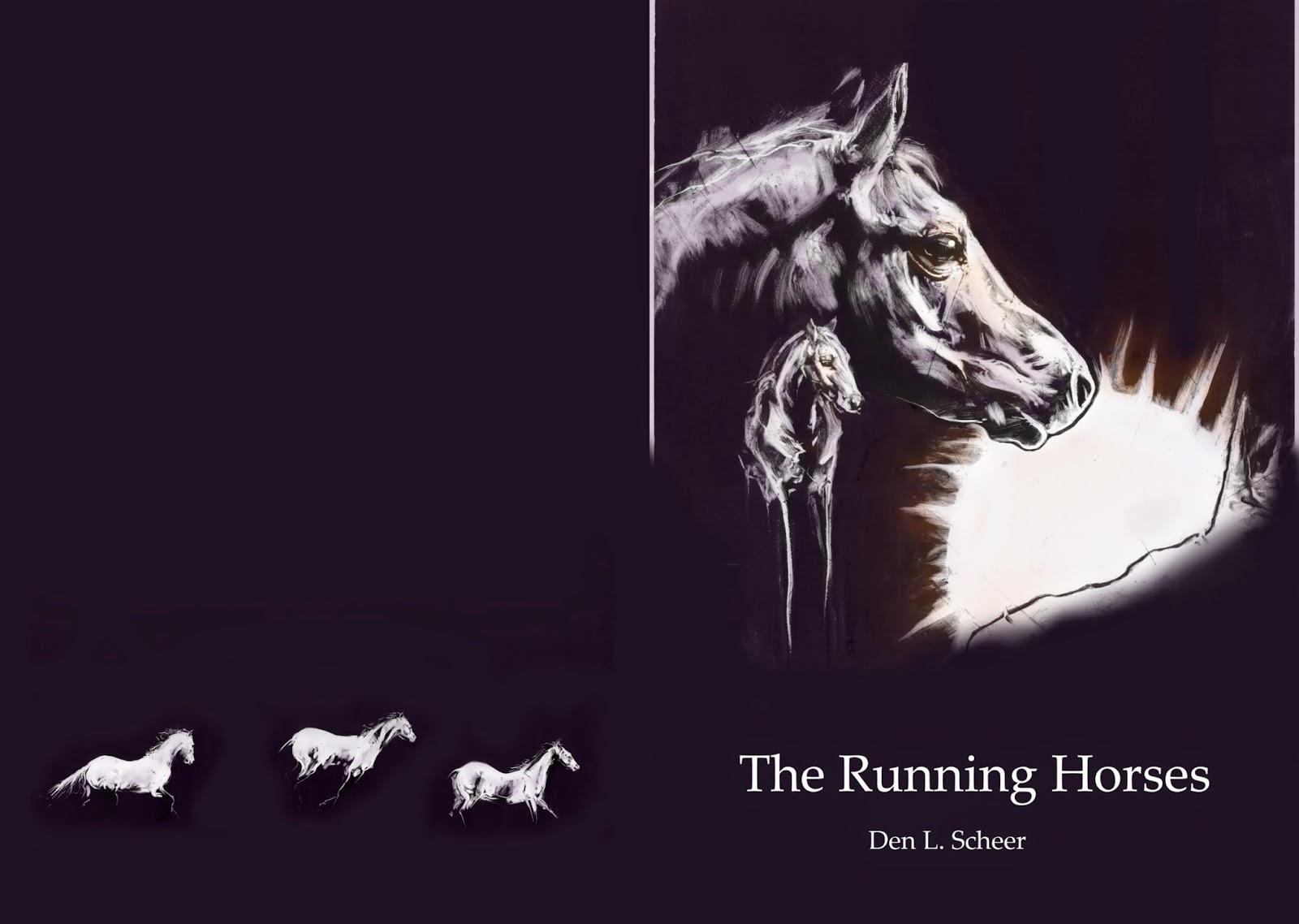 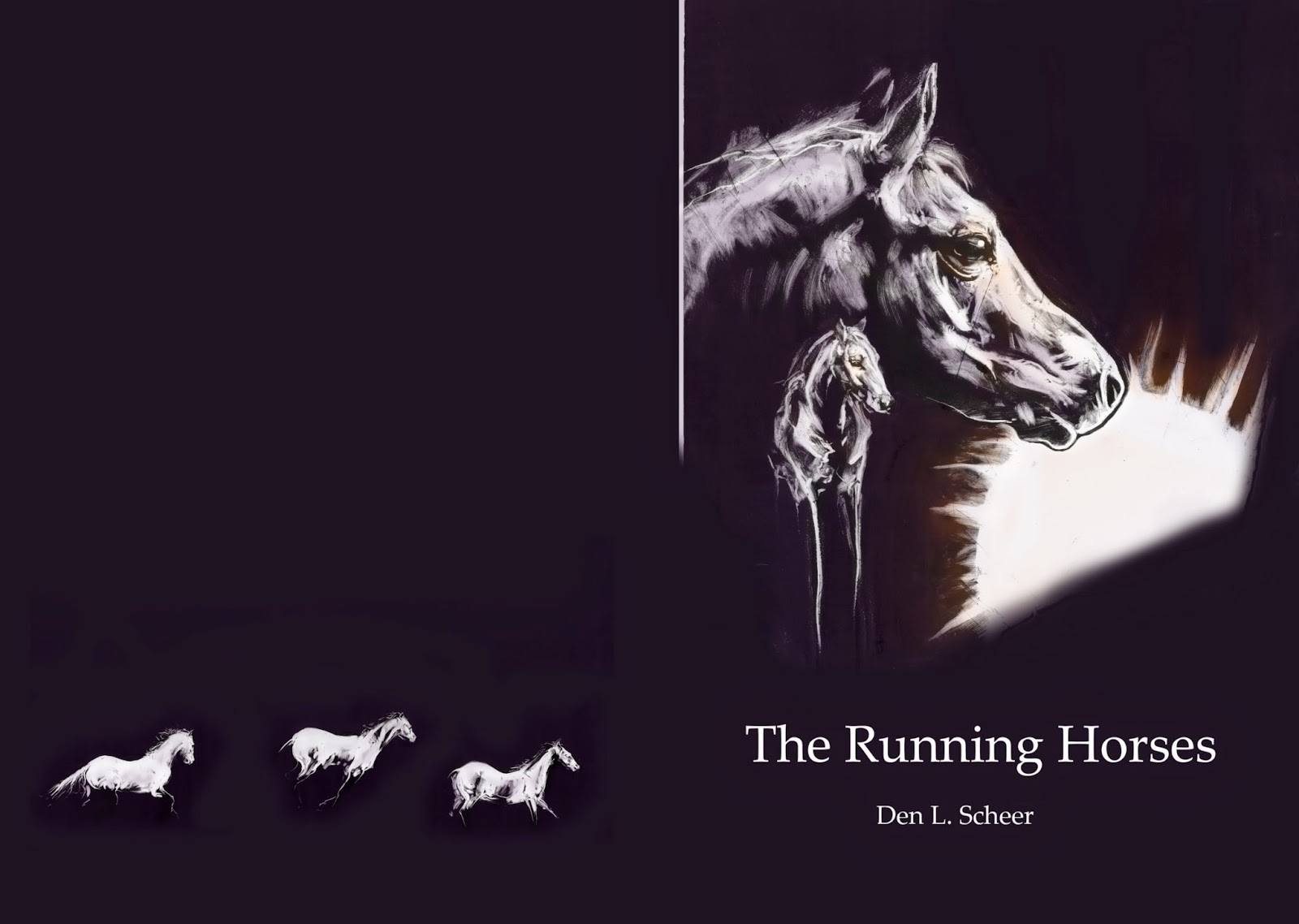 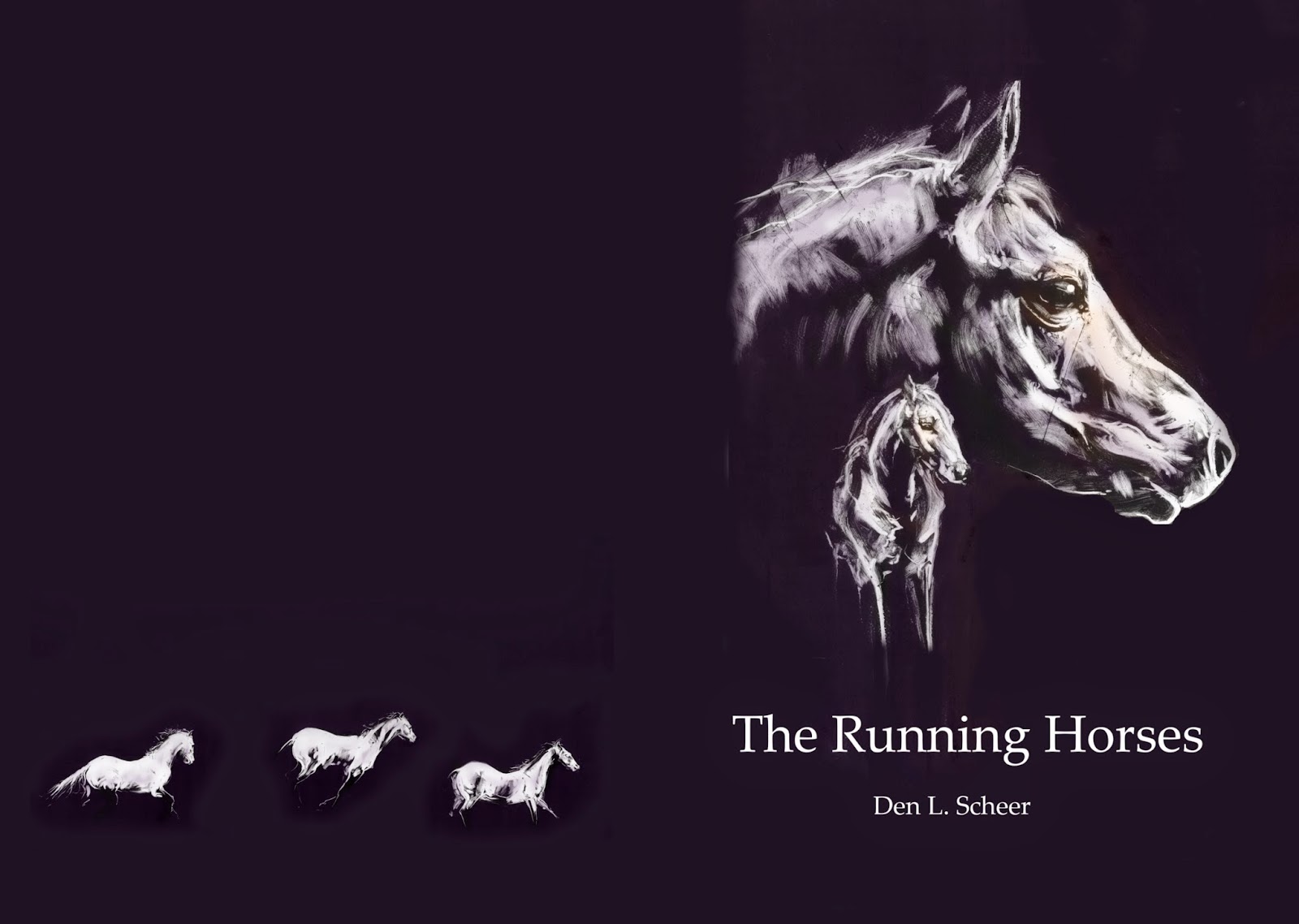 Once the foreground was removed, I resized the horse's face to fit its new context. The next step was to consider how much of the neck should be visible and the best way to blend it into the background. After adding the blurb, I decided to remove the three little horses. All they were doing now was cluttering the back page.

The final step was to adapt the Pantone and then the cover was finished! 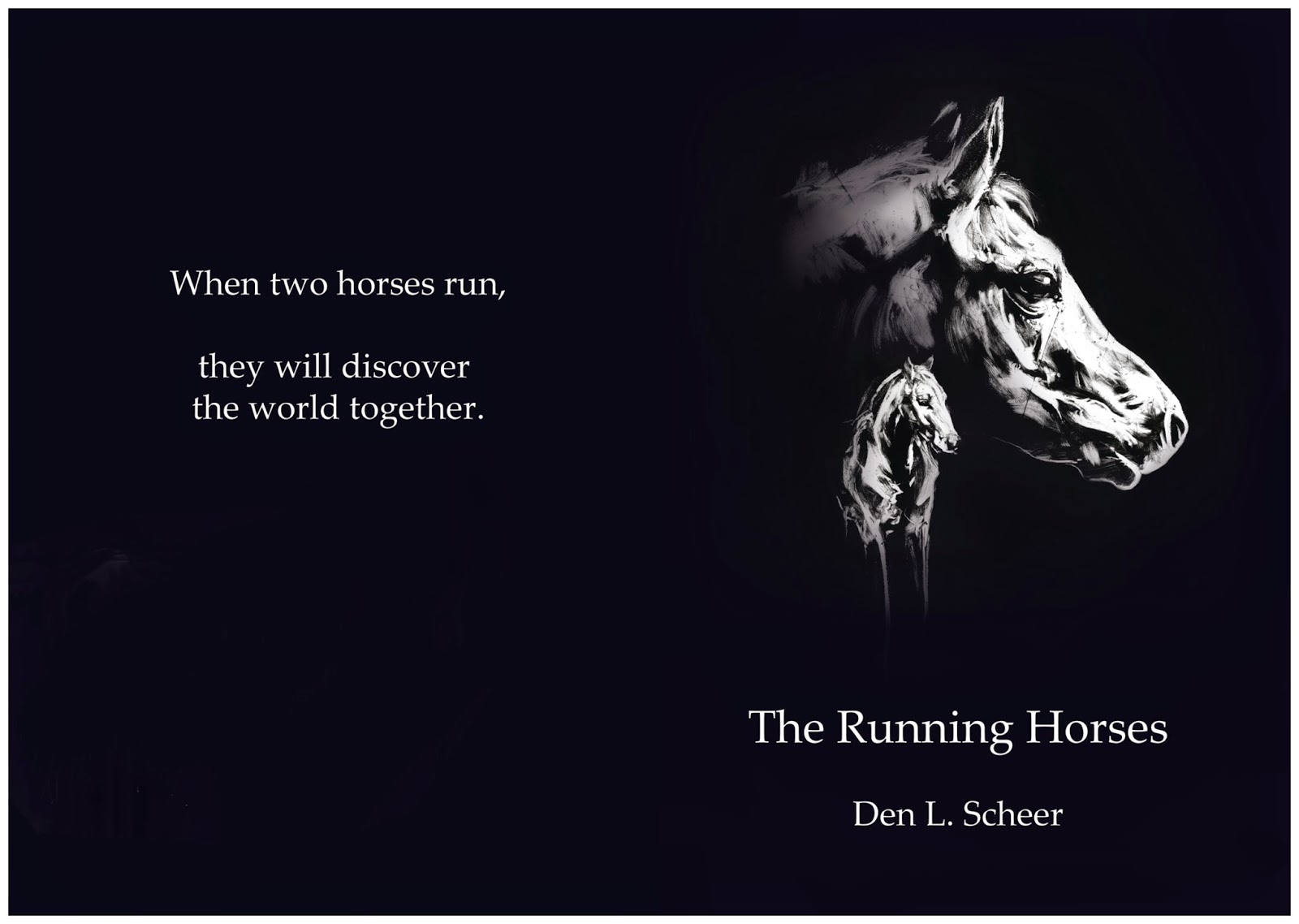 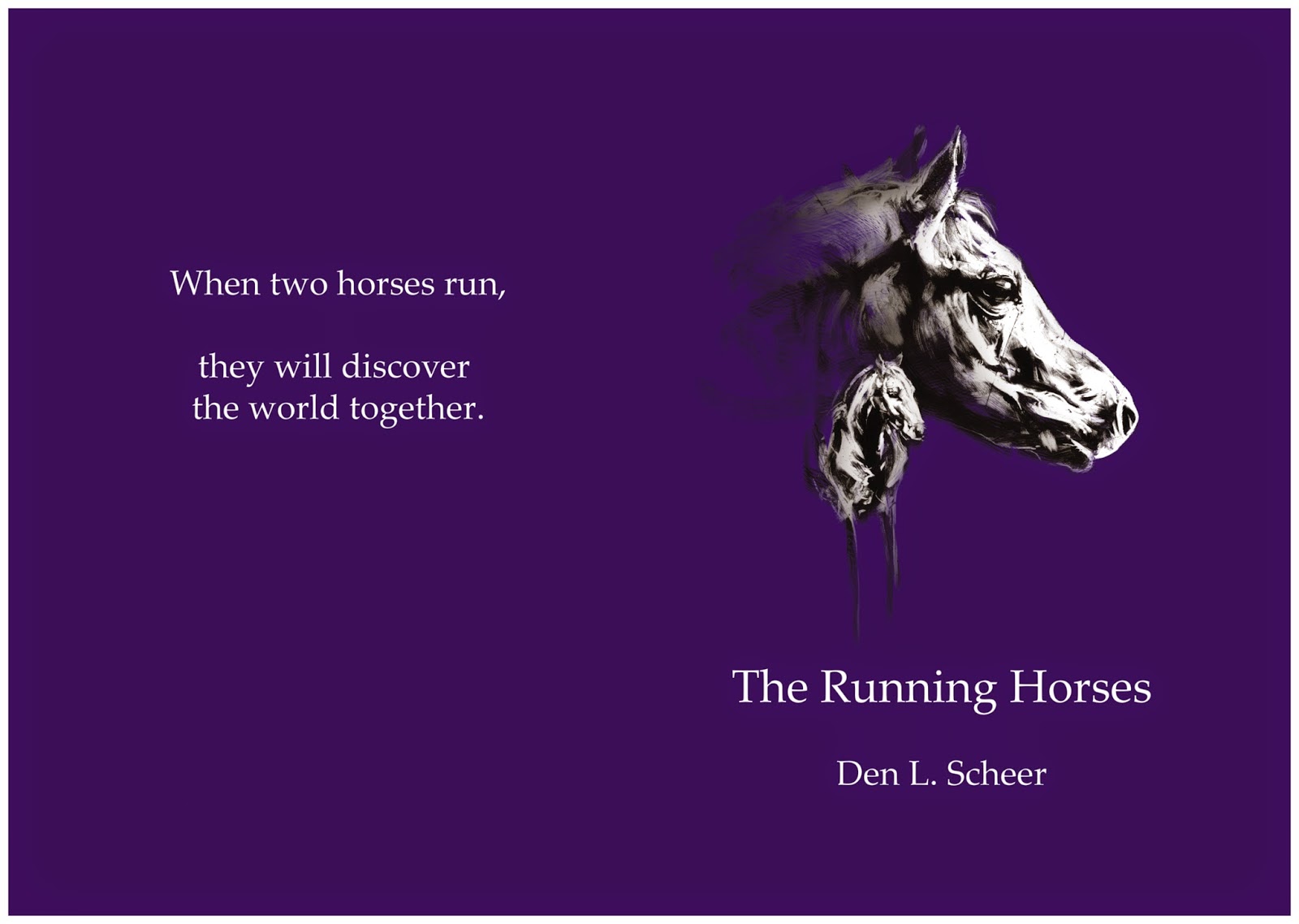 All of the following changes to the original monoprint were completed on Photoshop CS6.