Working with the sets, props and costumes of Fallout: Lanius, I was presented with the opportunity to study how each object was constructed. One of my jobs on set was to help maintain the contents of those departments and I could not help but make some drawings when filming ended.
There were several tattoo designs for the tribal men which were applied by the makeup department. One night after shooting I scribbled some designs in my Moleskin, a couple taken from the ones the makeup dept. developed. 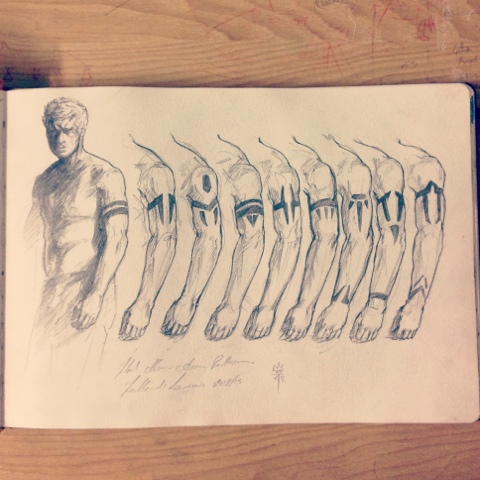 Using a mixture of my assistant's hair extensions and a series of wigs and dusters, I was able to make the plumes of the helmet. The hair was stiffened using layers of PVA, paint and hair spray. 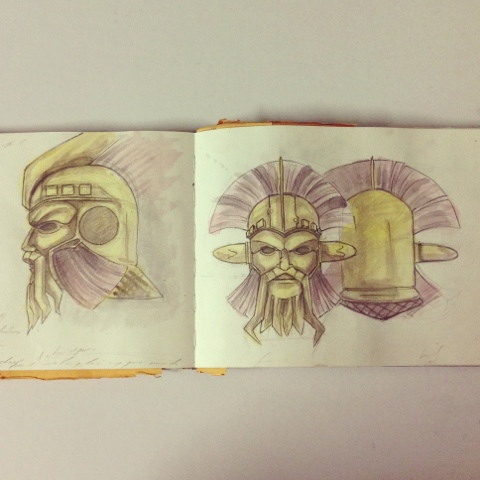 Below is a set sketch from one of the quarries Fallout: Lanius was shot in. 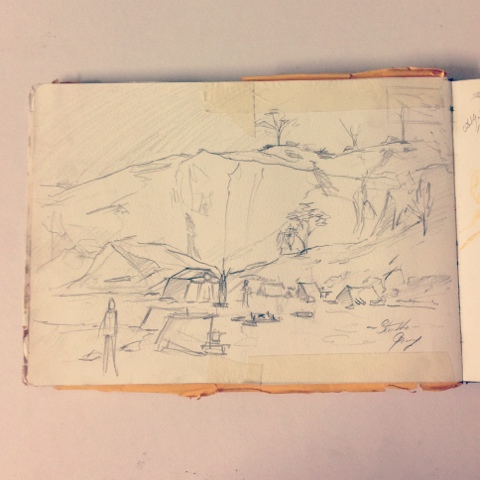 The beauty of the bomb collar was in the detail. It was a clean and simple rig based on a pin system. 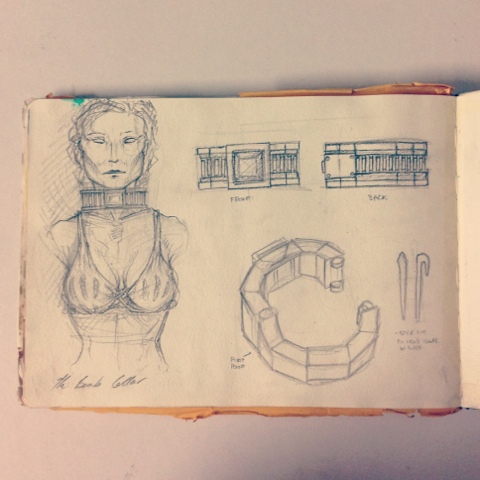 The Vaulter was featured in the teaser for Fallout: Lanius, which can be viewed of YouTube. This watercolour is a sketch of the costume. 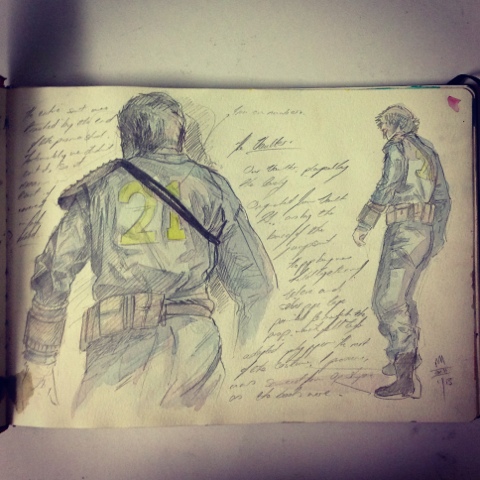 More artwork can be viewed at my website www.denlscheer.weebly.com
or on Facebook (the page not profile), Twitter or Instagram under the name DenLScheer.
Fallout: Lanius will be released on the 27th of August 2013 on Youtube. More information on the film can be found at the Fallout: Lanius Facebook page or on my website.
Posted by Den L. Scheer at 07:27