The Centaur: Monoprint and Sketch 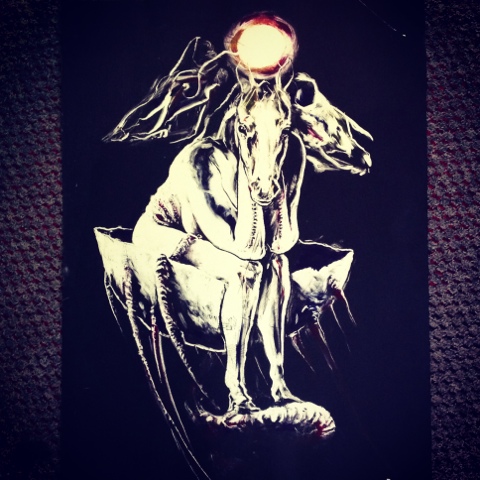 The Centaur. A2. Monoprint on Canson.
In drawing my Centaur (a human with a horse head) I wanted to experiment with coloured inks. Using a thinner, I mixed red, blue and yellow into the Monoprint mockup. As the details developed, the colours began to show where the ink was reworked and removed. 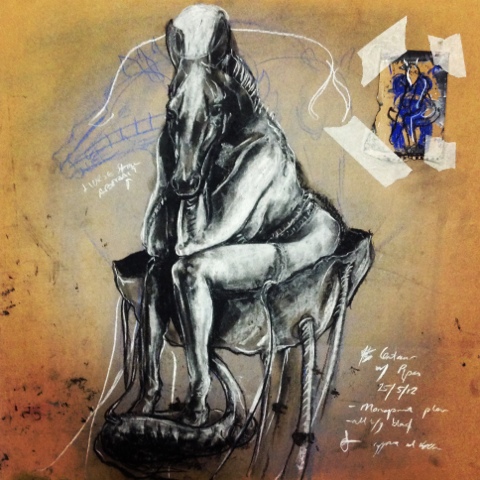 The formal concept of the pose began with a cardboard thumbnail sketch (seen taped on the top right of the drawing above). I developed the thumbnail into a two tone conte sketch on some brown paper. This particular sheet was used as a slip on the base of a transport pallets, so was conveniently as similar size to my A2 printmaking paper. The blue that presents under the conte was the working sketch, made in blue Schmincke pastel.
More work can be found on my website: denlscheer.weebly.com
More work in progress pictures can be found on my Instagram and Twitter: DenLScheer
Posted by Den L. Scheer at 07:22