When I made the decision to develop RHP for printing as a text, one of the most significant points of feedback concerned the lack of colour in the book's potential design. The original monoprints are black and white, so the general opinion was that this could deter book purchases, especially with parents and children. That could be a problem since my primary source of income is touring and speaking at schools.

After some consideration, I decided to try adding colour to the scanned monoprints in Photoshop CS6. This post will concern the initial experiments. 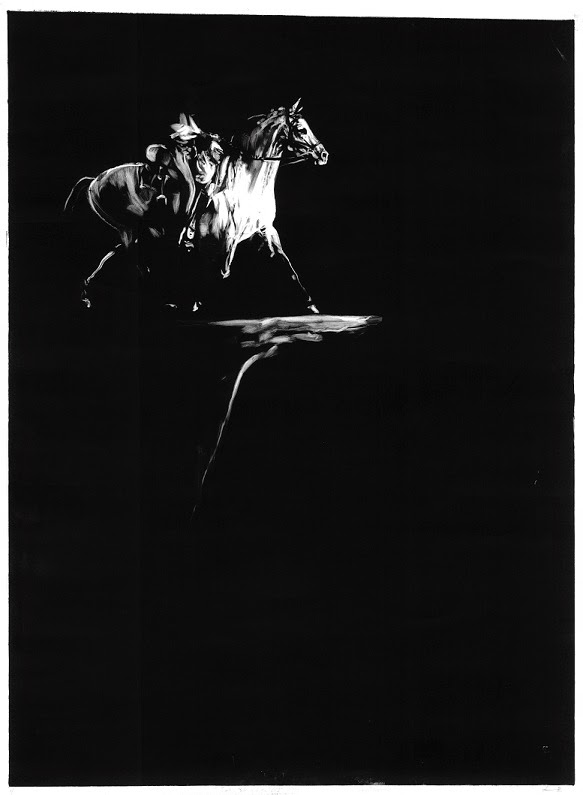 Above is the initial illustration as it was printed (or pulled) by hand through a press at my university studio. It is an A1 monoprint on BFK paper. 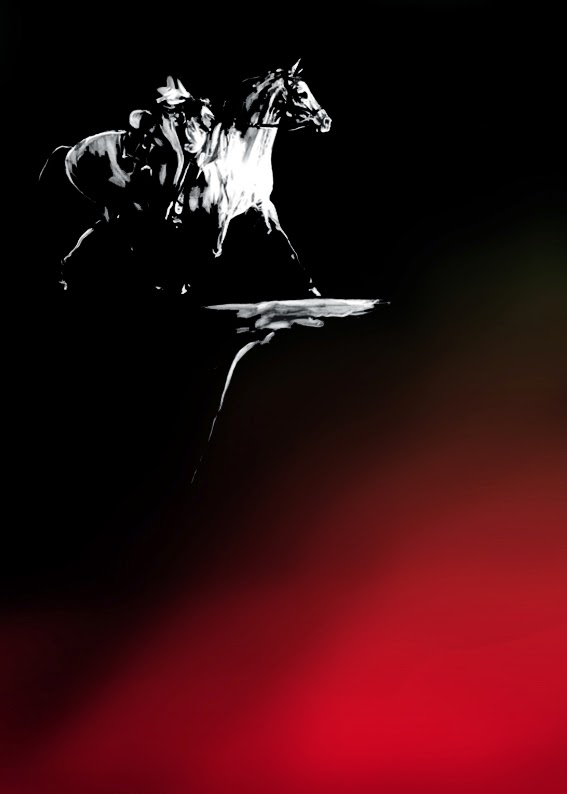 The first digital experiment was basic. Colour was introduced by painting in red directly over the black background. 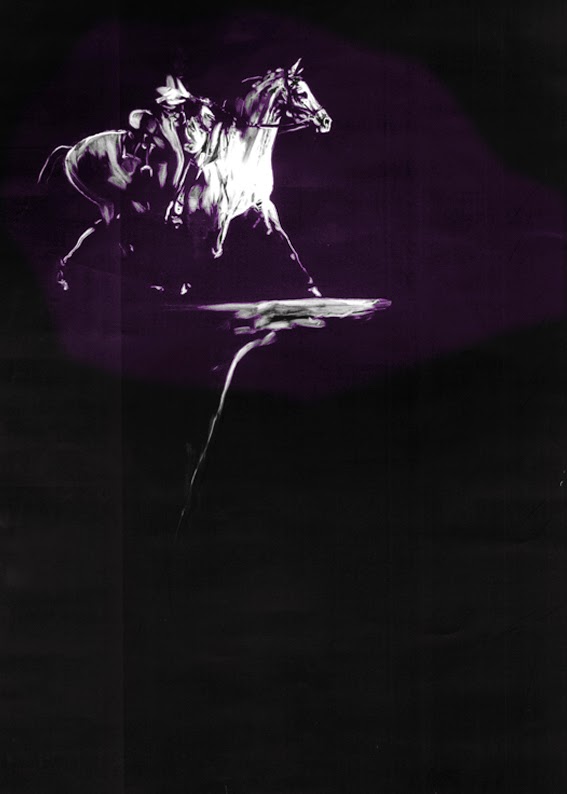 I changed some of the negative space from black to purple and quite liked it. This was a look that didn't distract the eye too much from the drawing but wasn't as heavy as the black. I also think that black and purple unify well. 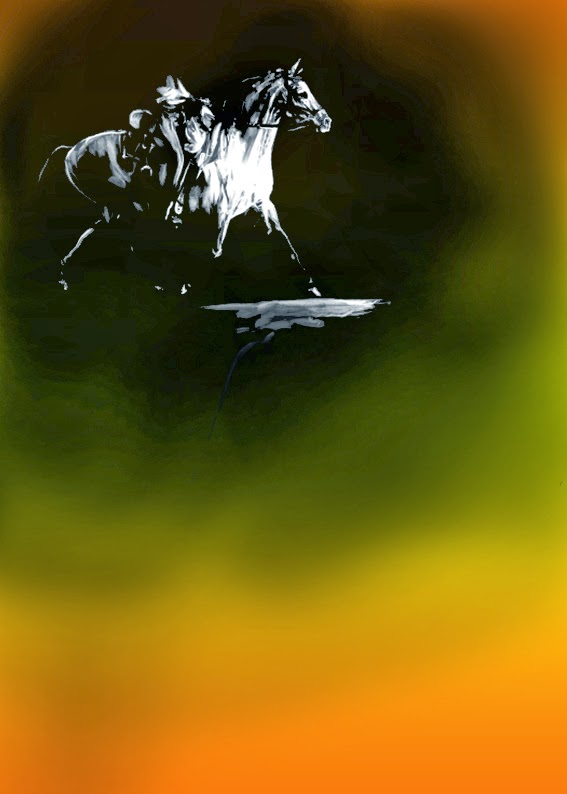 The third test looked at overlaying a colour vignette around the figure. At this point I decided that in needed to avoid large blocks of yellow, orange or green because they look, for lack of a better word, icky next to black. 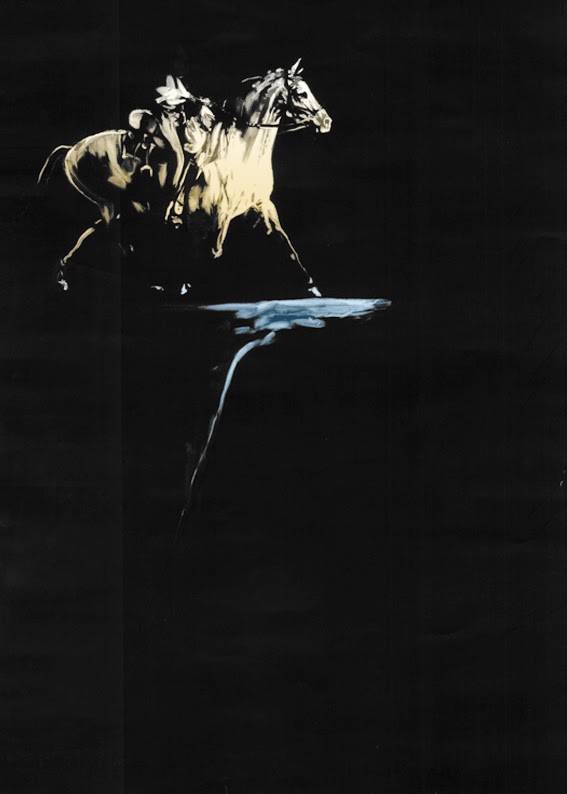 As a last ditch effort, I tried overlaying the positive part of the drawing with colour. I don't think this worked since black remained prevalent. In the end, I decided to expand on using purple and negative space overlays.

The second round of colour experiments for The Running Horses can be found here: